Another repair story, this time disk drive - Commodore 1541-II, with a bit of an unexpected end result.

Local retro colleague had a 1541-II drive that didn’t load anything but it did respond to commands and drive mechanics did move, disk did spin etc. It had been “collectively diagnosed” in our local Facebook Commodore-group for some weeks. He visited me to drop off some old machines to me and at the same time asked if I was willing to take a look of the floppy drive, and as I’m always open to repair challenges, I agreed.

Later that evening I popped the drive open, looked at the clean and healthy looking mainboard, measured some voltages and did some basic troubleshooting. Capacitors on mainboard had been replaced with new ones and overall the board looked good. As I already knew that the drive responded to commands from C64, I removed the drive mechanics and took a known good spare mechanics from my shelf and attached that instead - everything worked perfectly. This part of diagnosis was then done, I knew the drive has good electronics and faulty mechanics. 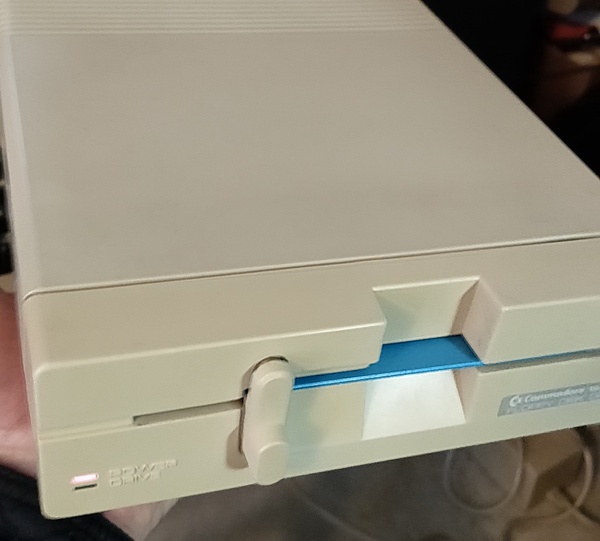 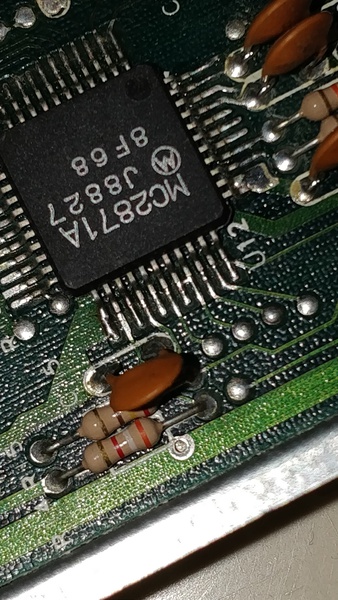 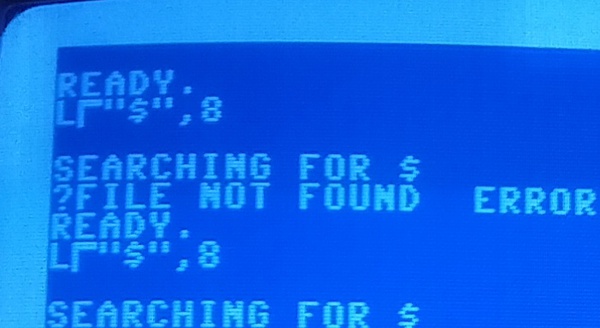 I started deeper analysis of drive mechanics: The heads had been cleaned already, and rails were lubed, stepper did move head carriage effortlessly and as the drive was beltless one, it coult not even have a loose belt.

I remembered that some 1571 drives I repaired had those pesky wires going to head assembly broken from the edge of soldering, so I took multimeter and started basic diagnosis of the heads: It didn’t take long to find out that one head wire had no continuity to other wires.

I removed the head assembly and detached the metal shield to gain access to those tiny wires. My disappointment was big when I found out the wires being well soldered to soldering posts and each wire had continuity from soldering post to the connector. “Must be broken head then”, I thought. Time to scrap it and start looking for new head assembly spare? 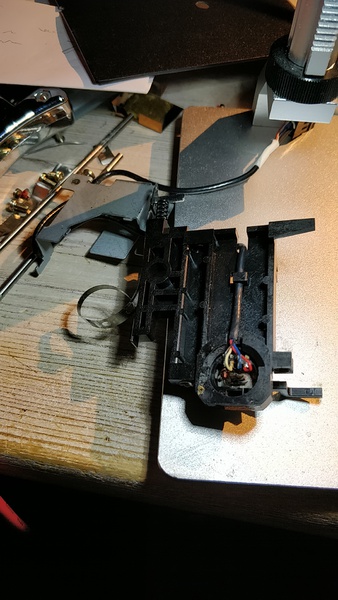 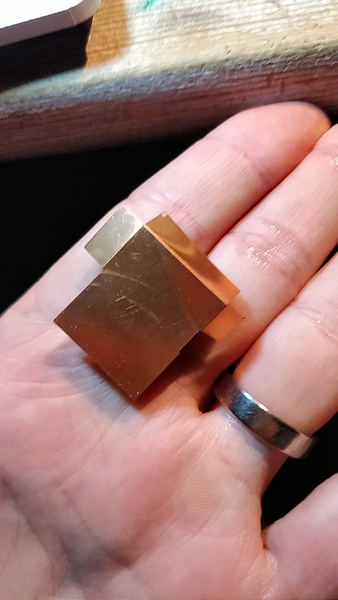 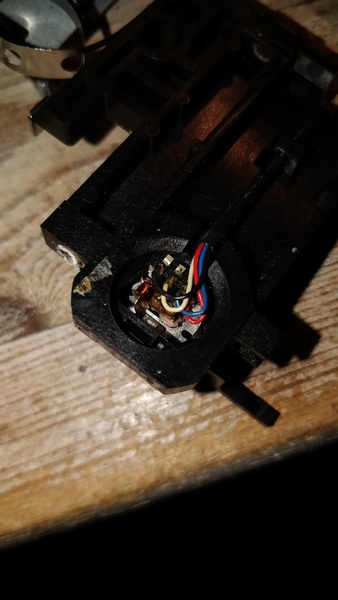 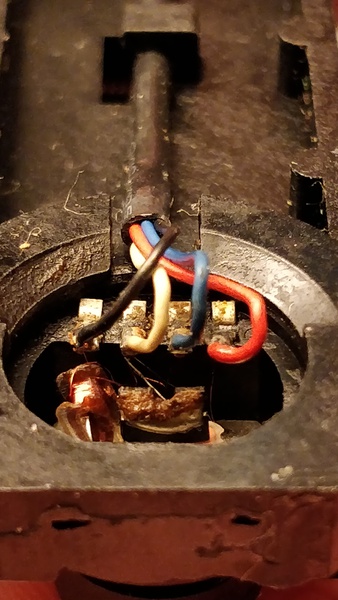 I also had my small LCD-screen microscope-camera on my desk, so out of curiosity I thought to take a look inside the head. I immediately found out that under the blue wire’s solder post there was this thinner-than-hair coil wire just hanging loose. That must be the problem! I got an idea to just try if it could be soldered back, even though I didn’t have high hopes for that, the space inside the head assembly is like head of a match in volume and the wire is barely visible… but hey, the head is already dead, nothing to lose?

I carefully desoldered the blue wire from soldering post to gain better visibility inside the head, dabbed a teeny tiny amount of flux to solder post with toothpick and took the thinnest tweezers I have and carefully grabbed the coil wire with them, placing it against the solder post. Then I very quickly tapped the joint with soldering iron and tried to hold the coil wire as still as I could.

After flux smoke disappeared from microscope view I carefully let go of the tweezers and my jaw dropped - the wire was attached to solder post. I took a multimeter and it verified that I got continuity between posts. Then I quickly soldered the blue wire back to post and hoped the coil wire stays still. After that, checked continuity again from head assembly connector - lo and behold, we have continuity on all wires!

At this point my hands were sweating from excitement when I assembled the head back to mechanics. Attach electronics, start up drive and Commodore 64:

WOW! I got directory listing and there seems to be a game on the disk, try that then… and the game did load! Whoa! 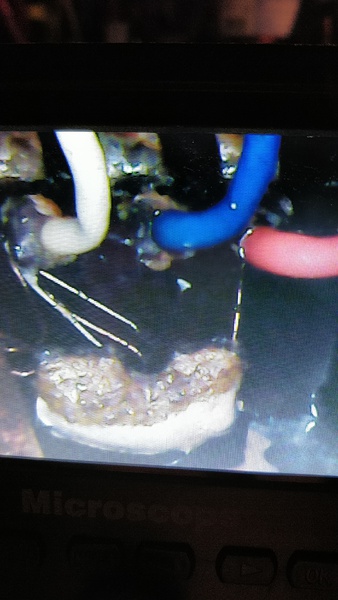 End of coil under blue wire 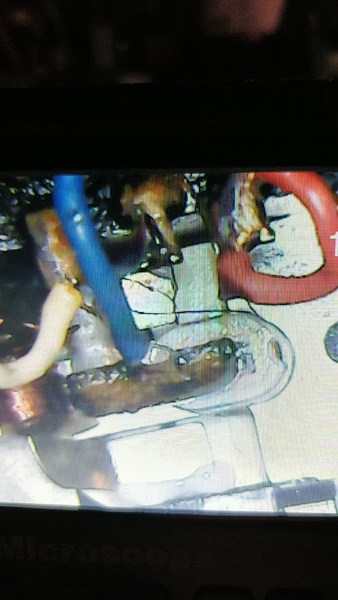 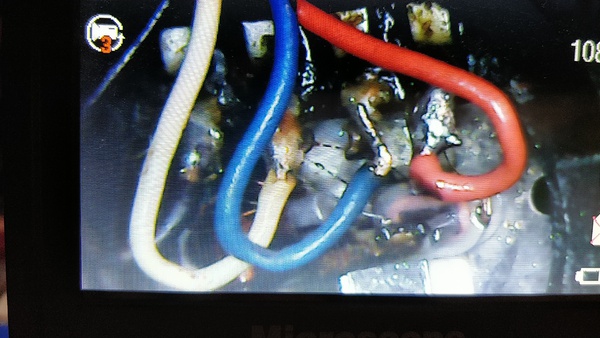 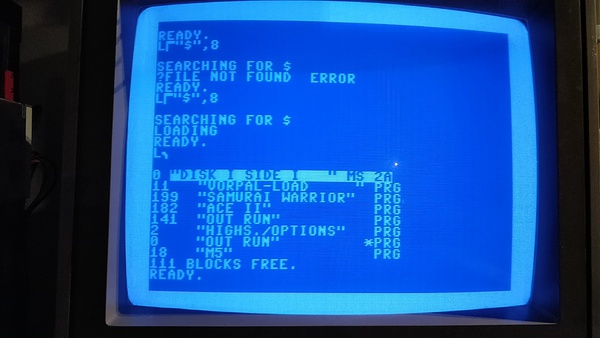 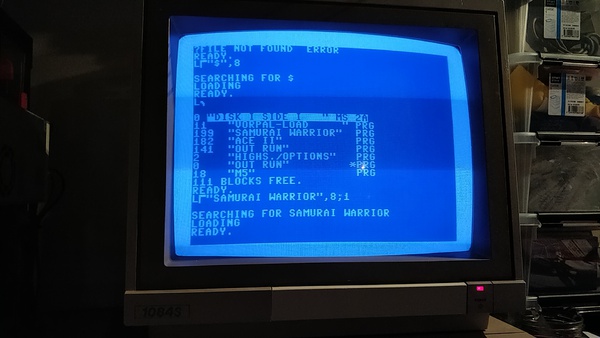 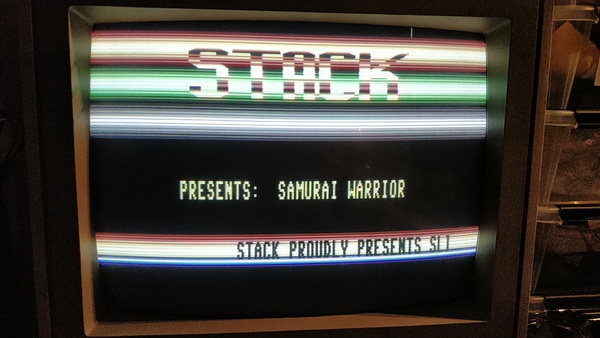 Next I took the mechanics apart and used toothpick to carefully cement the wires in place with quick curing epoxy. I did leave the metal shield off as it only prevents possible moisture escaping. After epoxy had cured, took alignment diagnostics program and aligned the heads. Assembled everything together and threw some random floppies to the drive, everything loads! 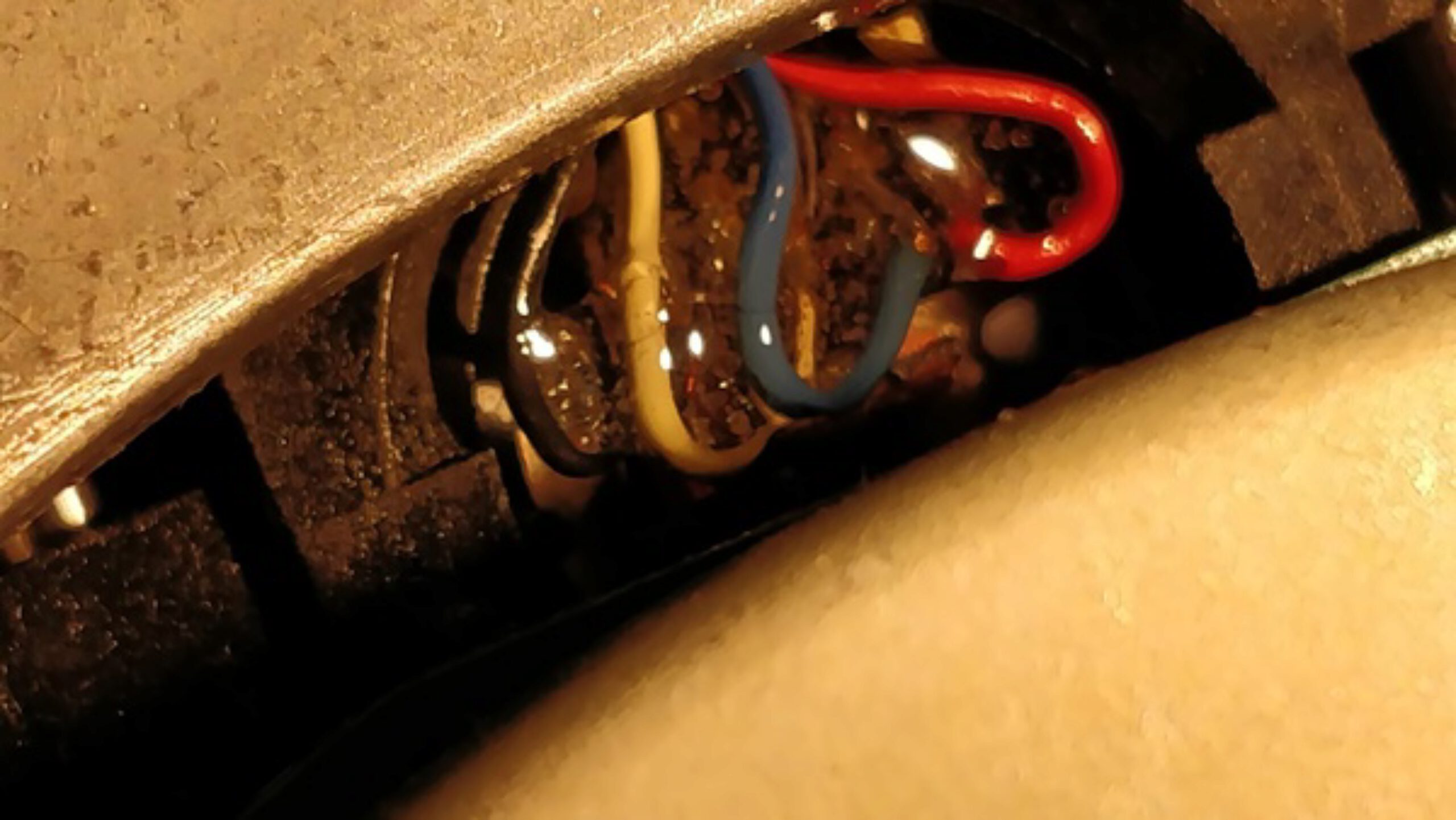 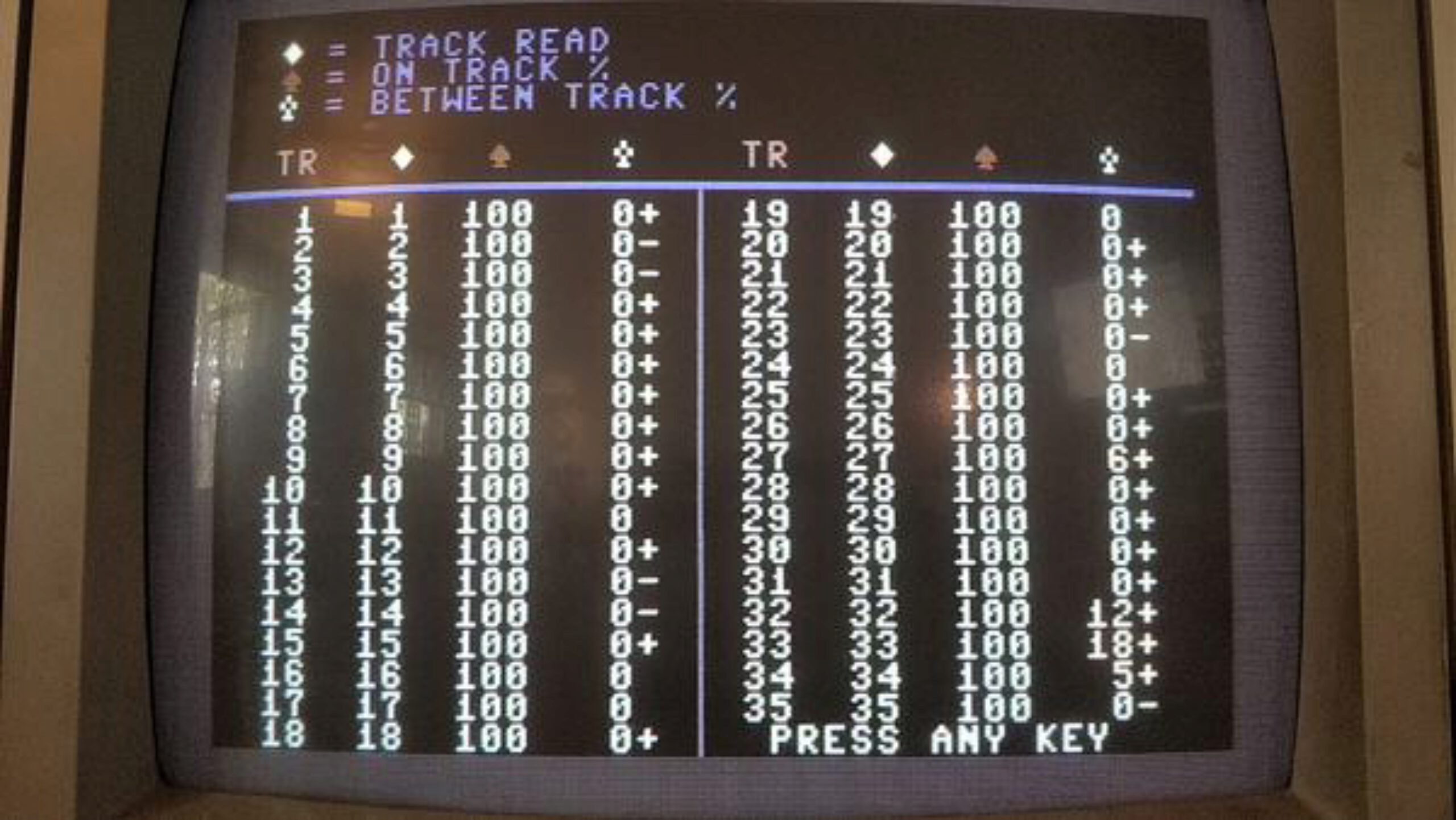 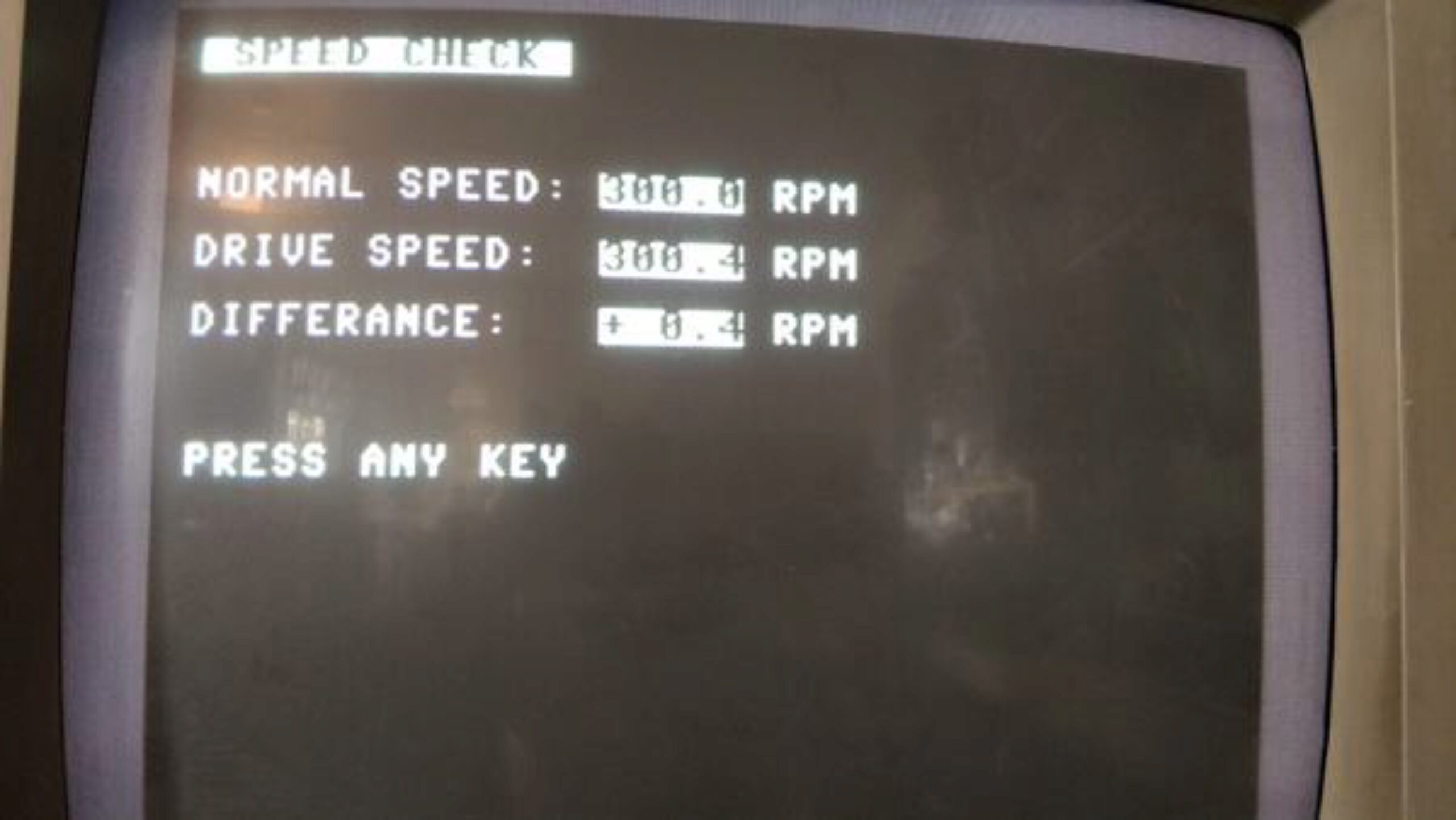 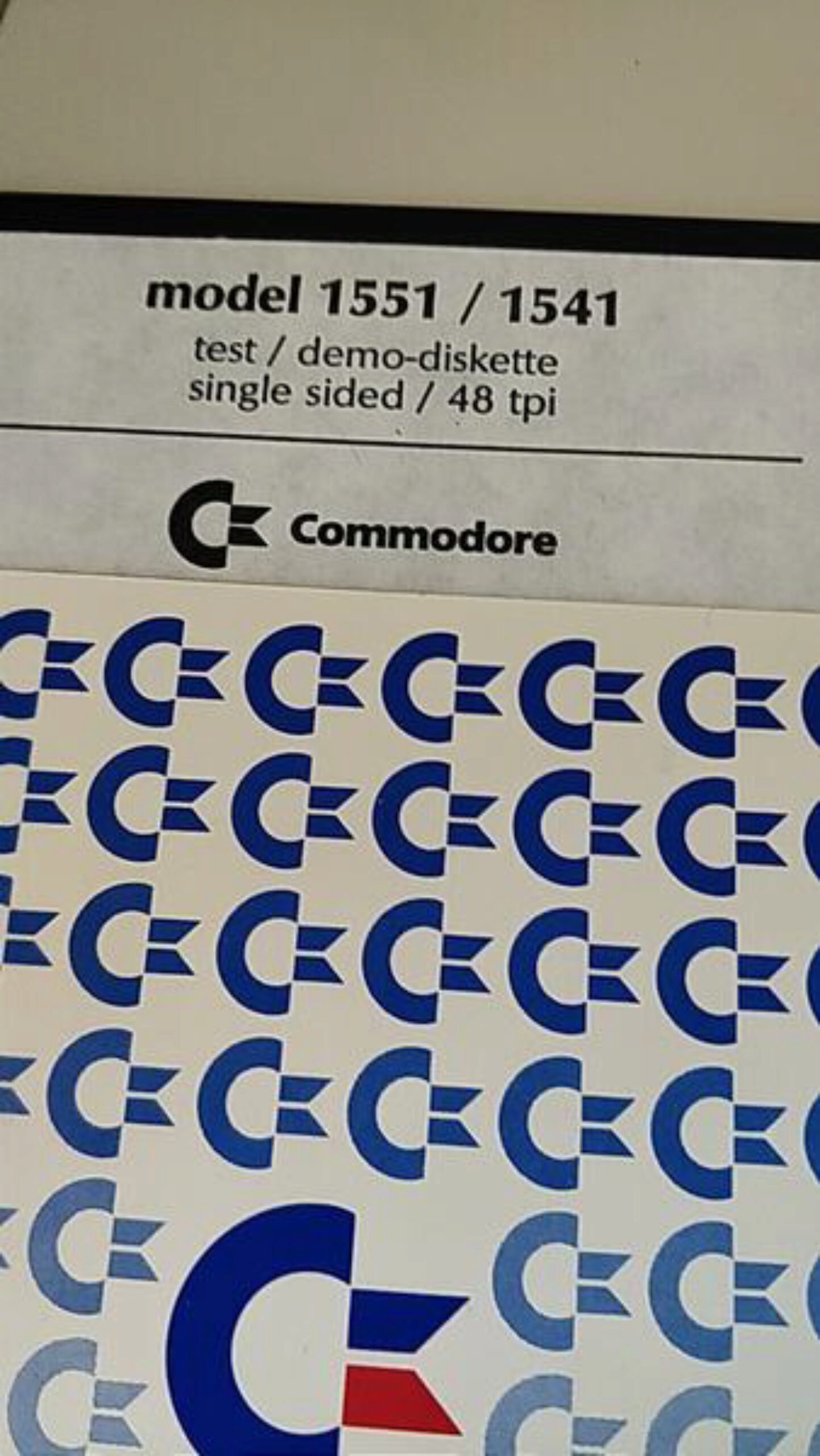 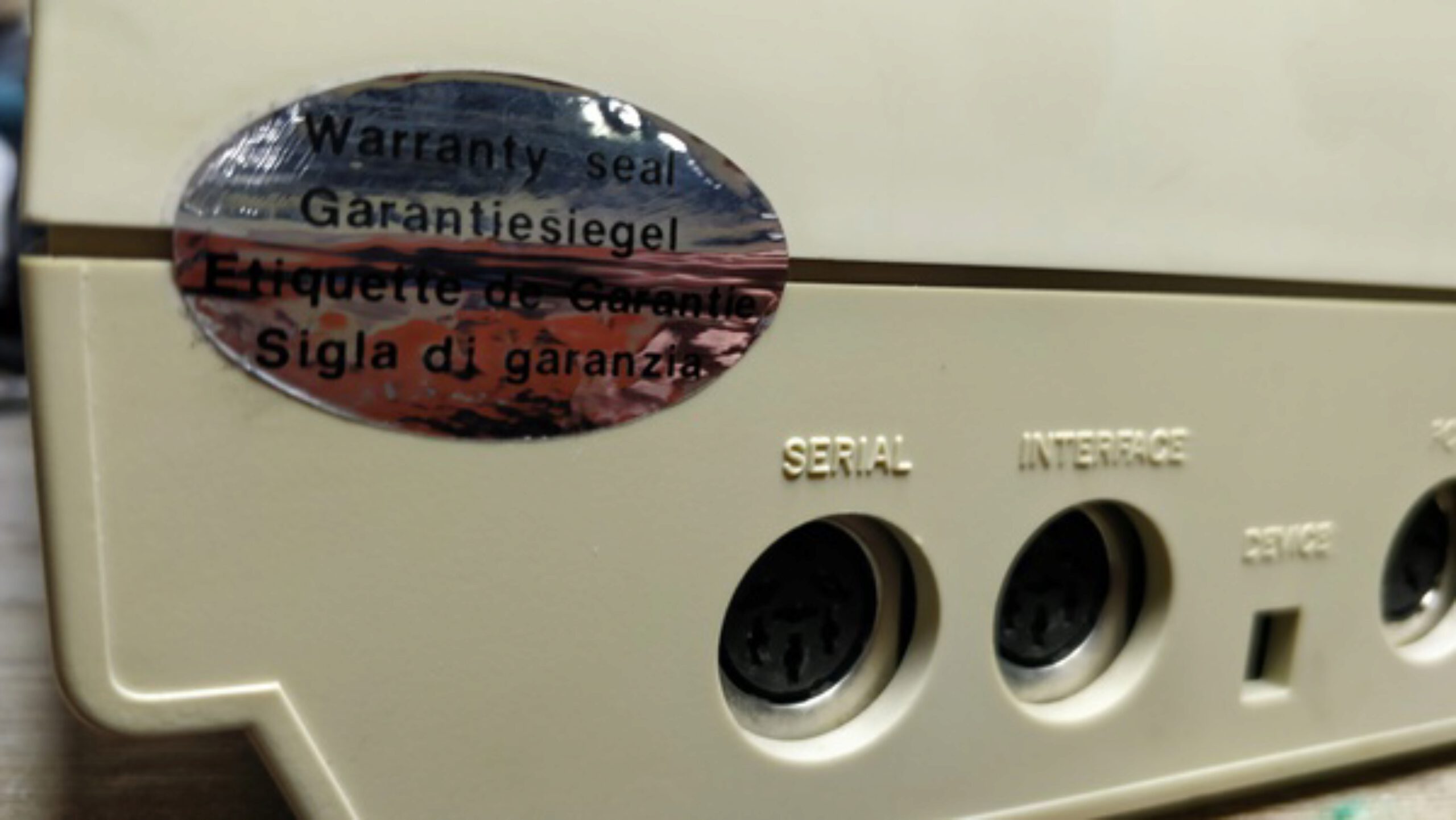 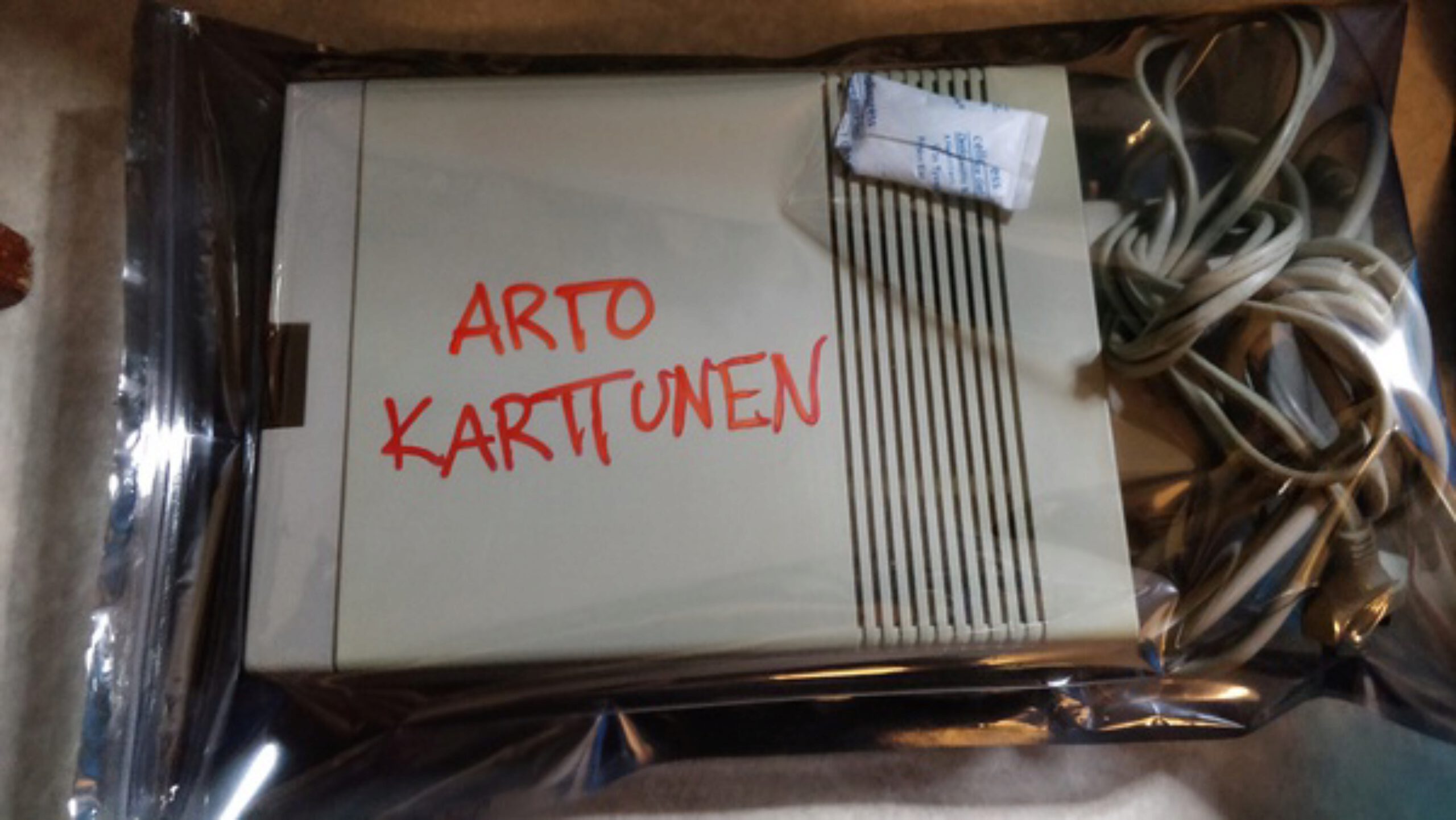 Waiting for heavy use

I never ever would’ve thought to fix drive head coils, except I just did 😄

I guess the moral to this story is, never give up, always try, especially if there’s nothing to lose. I still reserve my bragging rights, though 😉