I got a Commodore 64 in my hands which had keyboard assembled from at least 3 Commodores (brown, white and light gray keys), the light keys had various shades of yellowing on them and computer case was in very bad condition. Someone had obviously tried to paint the case with paint that melts plastic: The ventilation grilles were badly melted, the recesseses for badges were very bumpy and overall the case just looked very horrific.

The mainboard inside was in good condition, with exception of the VIC-II chip that had died. I just cleaned the board and replaced the VIC-II with newer model (MOS 8565r2) that I had in shelf, with self-made adapter. After new VIC-II was installed, the diagnostics ran perfectly for hours.

I almost threw the case away and started looking for new case, but then I ran into acrylic spray paint -sale in local hardware store and decided to go wild, nothing to lose.

First I completely cut away the ventilation grilles that were drooping inside the case, then soda blasted the case to get rid of the gray and black paint residues. After soda blasting, I used few layers of plastic primer to get better paint adhesion. Then I painted case with two colors, multiple layers. After paint had dried for days, I finished the paint job with few layers of clearcoat.

Meanwhile the paint was curing, I tested product called iDye Poly to dye the light keys orange - the result is not perfect but as a first try I say the end result is still pretty OK.

Then I quickly designed new ventilation grille with C64 text in it with Fusion 360 and 3D printed it. the new ventilation grille stays in place with friction of collar inside the case. I also printed new base plates for badges and glued them to case. Silver label repro-stickers looked good on the case, and I topped it off with yellow power LED.

Some final touches were given: I added cable braid to keyboard cable and replaced the broken case clips with 3D-printed ones.

End result can be seen in the gallery - it’s a bit rad and might not please everyone, but I like it, it resembles the legendary Gulf Racing color-scheme very well 😄

Unfortunately I didn’t take any “before” -pictures as my original intention was to trash the case, but at least you can admire the end result from following gallery. 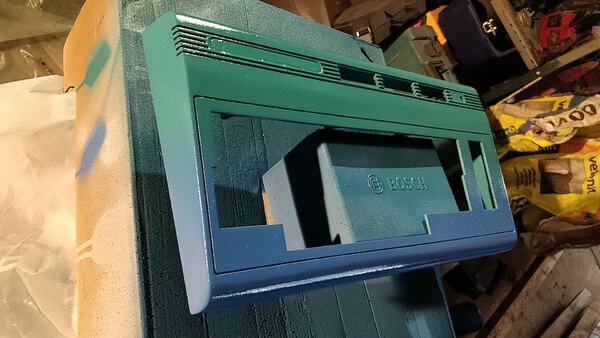 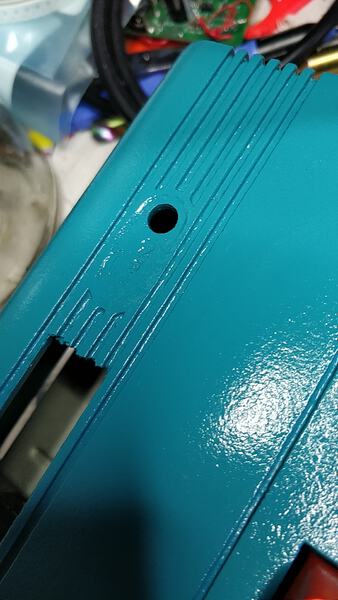 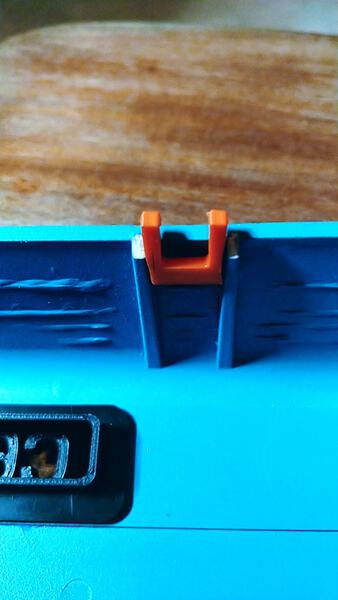 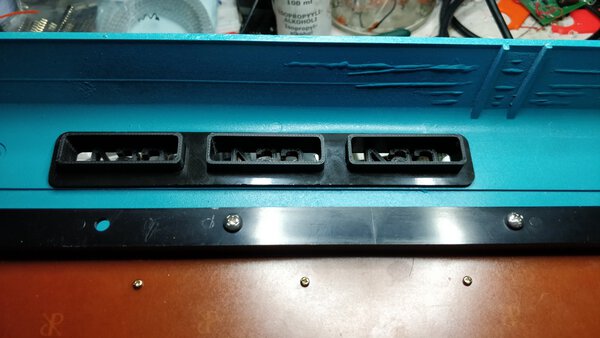 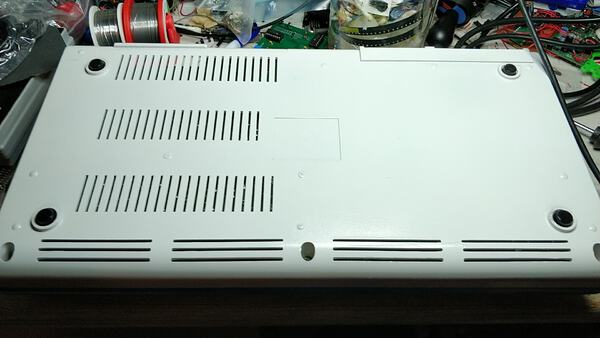 
Keyboard was made from 3 different keyboads, light keys dyed orange 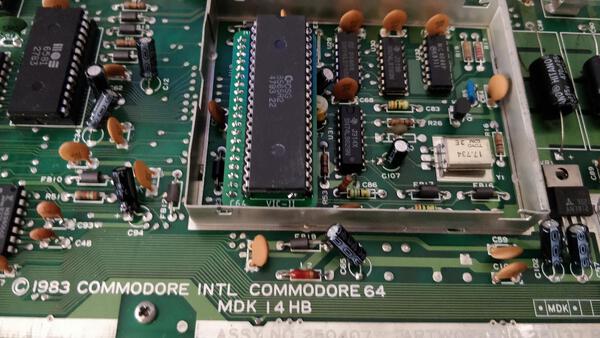 Mainboard had broken VIC-II which was replaced 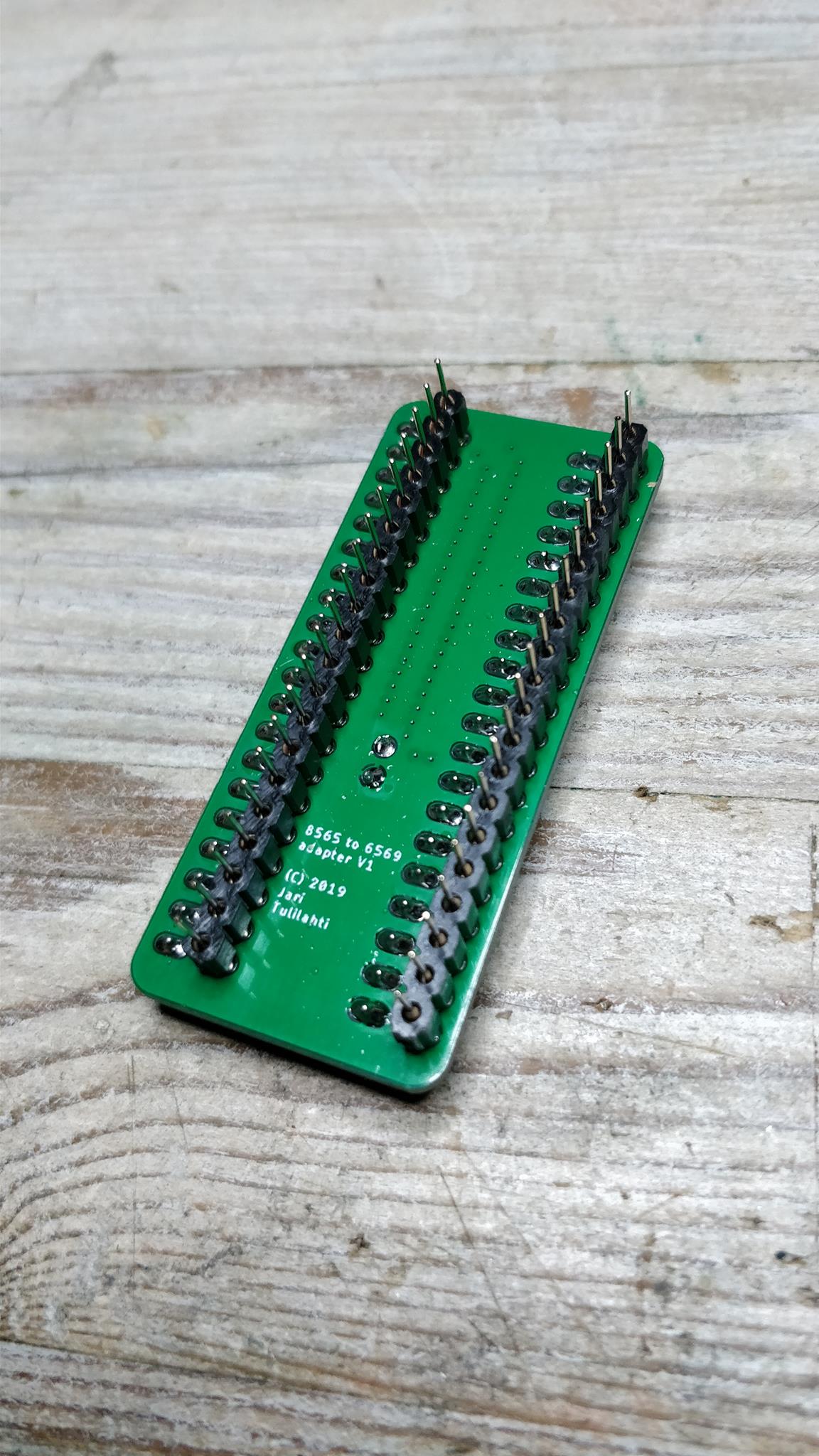 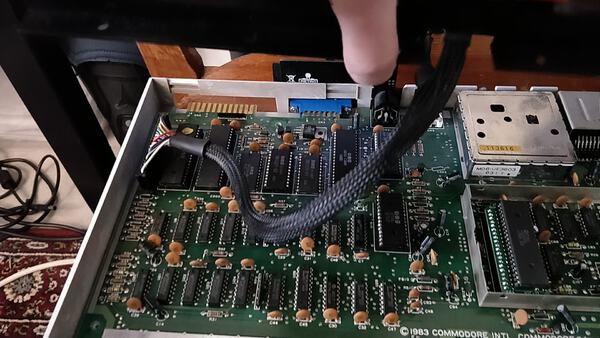 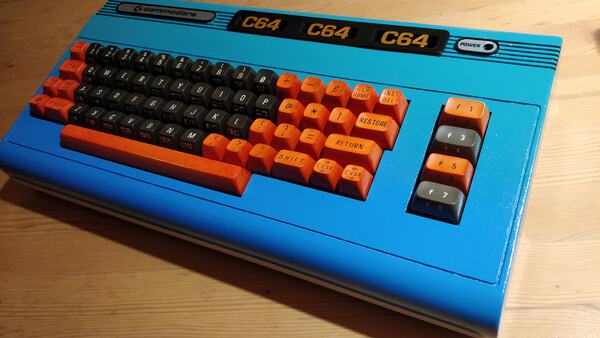 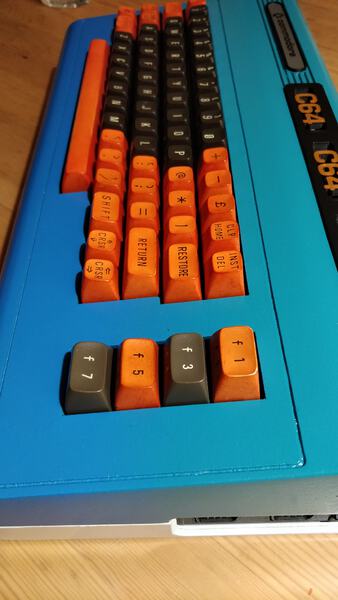 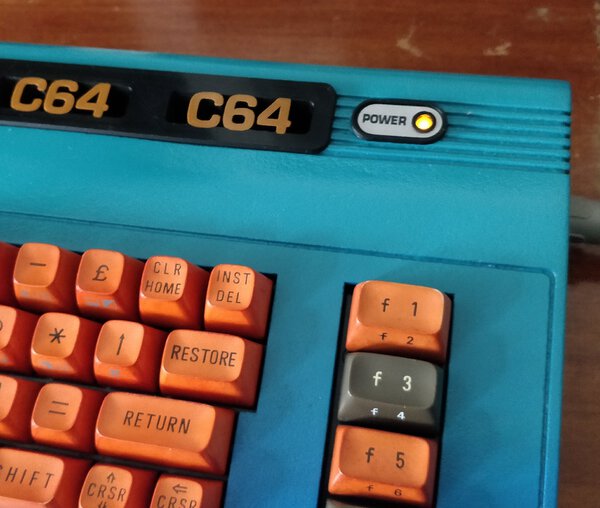 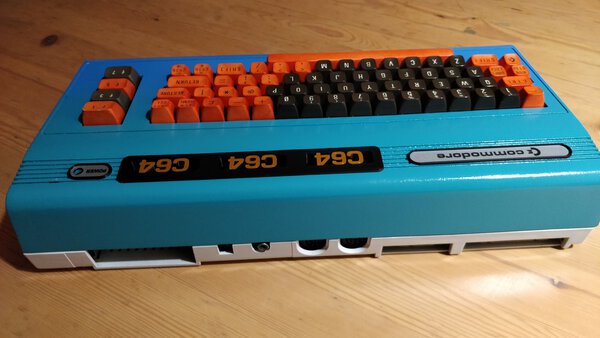 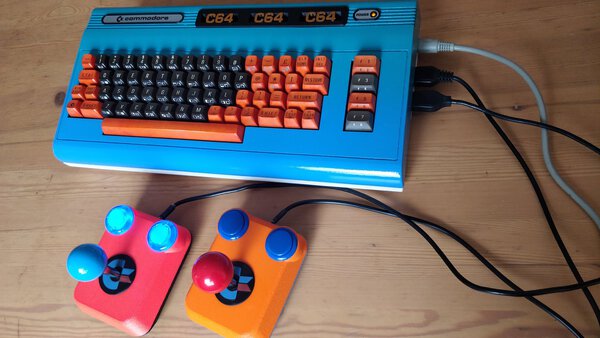 Goes well with self made joysticks 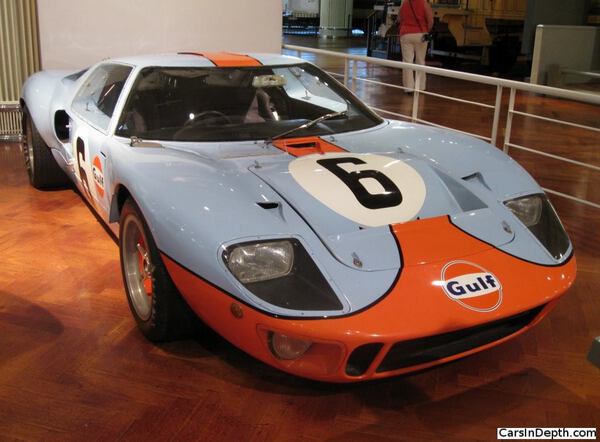 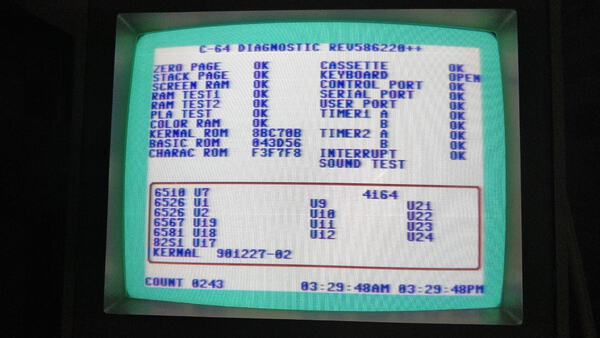